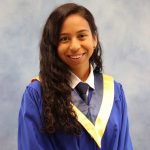 "Despite the unexpected circumstances we faced due to the pandemic, my experience at J. Addison was unique and memorable. I felt warmly welcomed since the first day, and was able to build special friendships with both day and board students that I know will last forever. Being part of the basketball team helped me to build habits that will... 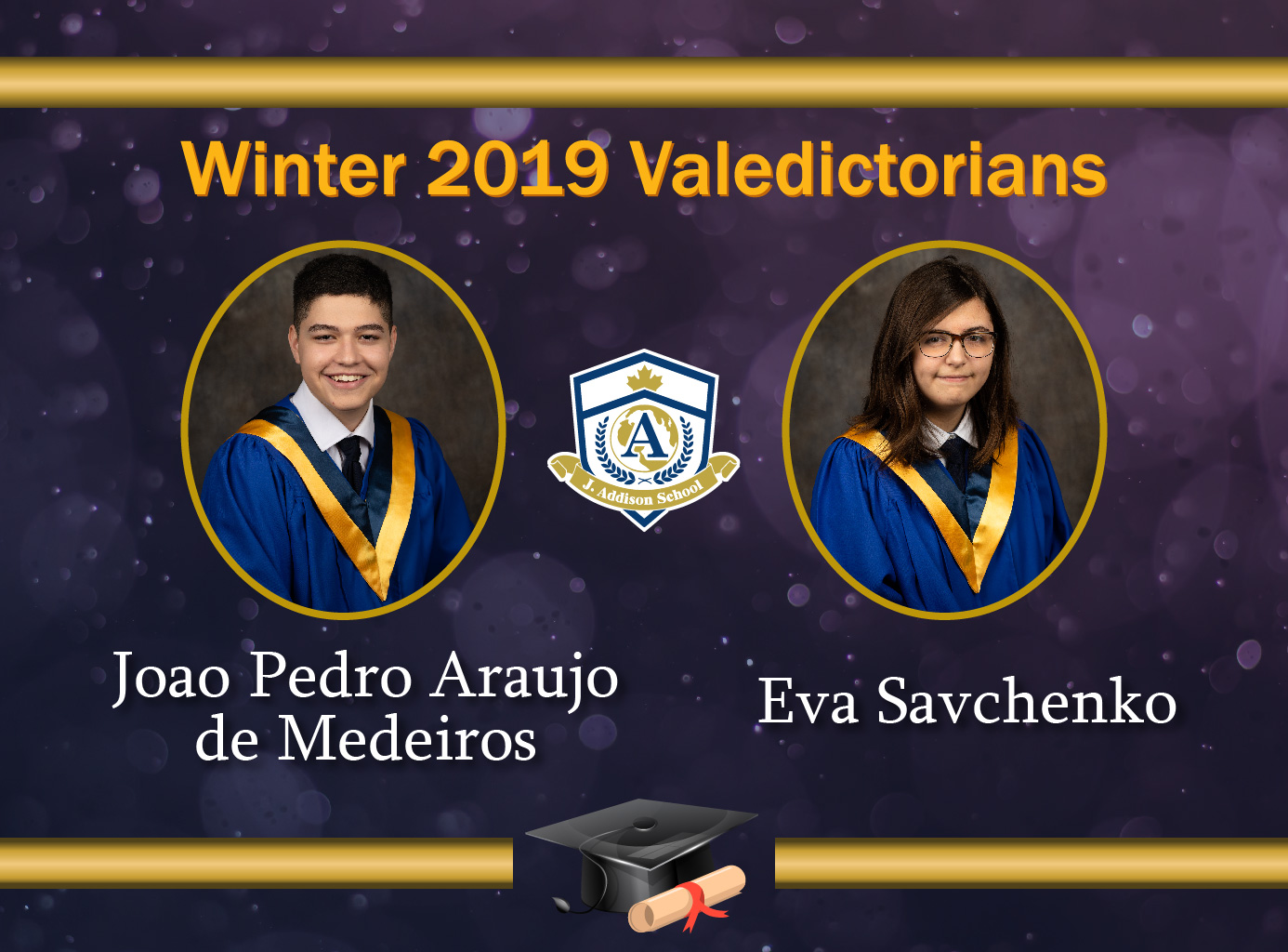 Congratulations is extended to our Eva S. and Joao A.D.M. for being the Class of 2019 Valedictorians (Winter Graduation Ceremony)

Eva S. was born in the beautiful country of Russia and later moved to Canada when she was 5 years old. Eva’s favorite hobby is drawing. Eva attended J. Addison School in September 2017 as a gifted learner and has maintained an “A” average since her inception. In addition to being academically exceptional, Eva has been involved in a wide range of student leadership roles such as serving as Student Ambassador, Montessori Teacher Assistant, Peer Tutor, Student Council and volunteering at the 360 kids youth homeless shelter. Eva’s post-secondary pursuit is to study animation design at Sheridan College. Moreover, she plans to move to Los Angeles thereafter and work for a fortune 500 animation design studio.

Joao M. was born in the picturesque country of Brazil and came to J. Addison School in September 2017 where he immediately excelled academically and maintained an “A” average since his inception. Joao is an outstanding leader who prides himself on big dreams and great pursuits. Joao served in various leadership capacities at J. Addison School such as Simcoe Dorm House Leader, Chapter President of DECA and Student Council. He is the recipient of various academic awards at J. Addison School and was awarded for outstanding student leadership in student and residence life in 2017 and 2018. Joao plans to study at Harvard or Columbia University where he plans to major in Political Science.

We at J. Addison School are very proud of you Eva and Joao and we wish you all the best in your post-secondary life.

“Our Students’ Success is Our Success.”

it all comes together in the fifth... that’s the Addison Advantage®